Anthology 1 at The Fat Duck

We were very lucky to experience the tasting menu at The Fat Duck. It’s been on my list to try for years so we made a weekend of it and stayed in Windsor so we could fall back to an air Bnb with our bellies full.

We got to try their Anthology 1 menu which was a selection of some of their most famous dishes they’ve served over the years. It was utterly luxurious. As was the wine. As was the service. It’s most certainly a once in a lifetime type place – it’s not somewhere I’d mosey on down for the weekend or a random birthday as it really is lavish…. And ludicrously expensive (perhaps too expensive).

They are moving onto their Anthology 2 menu shortly so I thought I’d give you a lil Eating Well Not Less breakdown of everything we ate. As always, I’m truthful but I am no Jay Rayner so if I didn’t like something it doesn’t mean it is gastronomically correct so don’t come at me 😂

🦆NITRO-POACHED GREEN TEA AND LIME MOUSSE (2001) – the main theatrics of the meal. I expected the whole tasting menu to be more of a show tbh, especially with Heston’s reputation, but this was the main event and started off the meal. They poached a quenelle of mousse in liquid nitrogen to make it freeze slightly. You ate it in one mouthful along with a quick spritz of lime scent sprayed above your head to truly ignite alllll the senses. It was fabulous, most certainly woke up the tastebuds, and really started off the meal with a bang.

🦆AERATED BEETROOT (2011) – the smallest yet one of my fave dishes. A lighter than air beetroot macaron that practically dissolved in your mouth with a horseradish cream in the middle. Absolutely 👌🏼

A chilled red cabbage gazpacho with a quenelle of pommery mustard ice cream floating on top. I am a BIG fan gazpacho and this did not disappoint. It was super fresh, zingy and unusual. Playing with the change in temperatures really paid off as the ice cream really brought out the flavours of the gazpacho and vice versa.

🦆ORANGE & BEETROOT JELLIES (2002) – they switched the flavours of these. So the orange was beetroot and the red was orange. That’s the type of mind-tastebud boggling stuff that’s get you 3 Michelin stars I guess 😂

I’m not the biggest chicken liver parfait fan. It’s a bit too rich and the texture isn’t always for me. However, I was really impressed this dish. The parfait along with the truffle & oak toast was perfect – the crunchy toast added great texture to the dish. This came with an oak tree type thing in a glass vase on the table with dry ice underneath to get some ‘oohh’s’ and ‘ahhhs’. Which, of course, we obligingly gave. Unsure what the scented moss was… maybe I smelt it when I was there, who knows, but it sounds pretty quirky ey.

🦆SNAIL PORRIDGE (2003) – this was a revelation. Never have I ever eaten a snail. AND I never imagined enjoying the slippery sucker. But this was like a risotto (made with oats) full of bold flavours of garlic and parsley topped with fried garlicky snails and shaved fennel. An unusual delight. We were supposed to eat this dish alongside the Fat Duck’s homemade bread, but us heathens gobbled it up beforehand so had to request some more (the courses are small and who would say no to an extra slice of bread with ya snail?!)

Sadly, these courses weren’t for me. The crab ice cream was a little amuse bouche… Rich brown crab ice cream on a little cone. It was too fishy for me and, I can confirm, that I shan’t be recreating the crab 99.

Sound of the sea was the fish course. It was served alongside a shell with earphones playing the sounds of the sea. To create the environment of being by the sea eating freshly caught fish. It was raw fish on a bed of edible ‘sand’ made from tapioca and a fish flavoured foam to reflect the sea. Our table was in agreement that it was verrrrrry fishy which took over any other flavour so I can’t confidently tell you what else was on the plate. The actual fish was good quality though and you cannot deny the talent and ingenuity of the dish.

🦆THE CORONATION FEAST OF JAMES II AND QUEEN MARY (1685)

Reputed to be one of the most spectacular banquets ever served in Britain. You had a choice between beef or turbot. We all went for beef – Fillet of beef with smoked anchovy and pickled mushroom. I wasn’t blown away tbh sorry James, sorry Mary – I feel I’ve had more stand out beef courses elsewhere. However, you can take the word of a lanky northerner or a queen so you do you.

🦆COUNTING SHEEP (2015) – this dessert was inspired by baby powder (honestly). You are given a fluffy spoon which is doused in the stuff so you can smell the baby goodness throughout. A floating pillow then arrives (please watch the video on this with sound lol) atop with milk and cookies meringues that gave me posh and tasty Farleys rusk vibes. Then the dessert (pictured) was a malted meringue alongside 2 ‘pillows’ with orange blossom, and tonka bean ice cream. This was a fantastic dish, light yet full of flavour, and although Heston’s been doing the floating pillow for a good while now, the gimmick still gets a v good reception!

LIKE A KID IN A SWEET SHOP – this one’s been going for years and years, I believe. A selection of petit fours served in a dolls house style sweet shop. They wheel it out and the drawers do a little mechanical dance and then you’ve served your petit fours in a Heston branded paper sweet bag. Cute, but somewhat gimmicky and it felt like it hadn’t been truly updated in a while. However, I am a true believer in why change something that isn’t broken… so I’ll take my quirky little dancing sweet shop and my petit fours in my paperbag and be on my merry way.

WINE – never forget. This was a VERY expensive part of the meal. I’m talking £80 min (like true minimum, there were some touching a grand and more on the menu) for a bottle of nice wine. So you’ve just gotta throw yourself in (modestly. Dip that teeny tiny toe into the vast world of obnoxiously priced grape juice).

We decided not to do the wine flight, mainly because it included a few cocktails, sake and dessert wine which we didn’t want. So we had a bottle of champagne (oooo la la). We went for the first one on the menu, Henriot Souvenier Brut, priced at £89. And although you feel judged for choosing cheapest (yes this was the cheapest) on the menu, it was lovely and we were glad we didn’t pay more.

The rest of the wines I discussed with the sommelier. Which I truly urge you to do. I used to fear speaking too sommelier’s, especially when I knew I couldn’t afford 90% of the wines on the menu. But they really are wonderful and pretty much always choose you something that’s bang on what you want. They don’t care if you can’t spend £300 on a bottle… and if they do, well, screw it you’re there to enjoy your time not take out a mortgage. They are usually full of knowledge and want you to have a wine you’ll truly enjoy at the price bracket you’re comfortable with.

We ended up with a white wine from South Africa : Demorgenzen Maestro, priced at £80. A gorgeous, full bodied white blend. We liked it that much we ordered 2 (there was 4 of us FYI). We then finished the meal with a bottle of Malbec, Archival Ferrera, priced a £75. A classic new world wine.

And then, after 4 hours of feasting, we took our carriage home.

What to cook for friends?!

Who are you comparing yourself to? 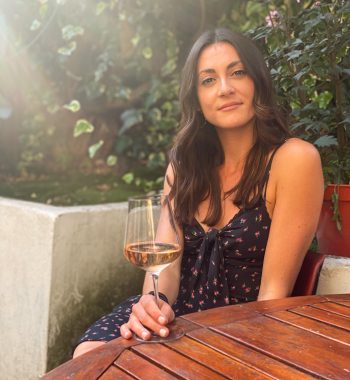 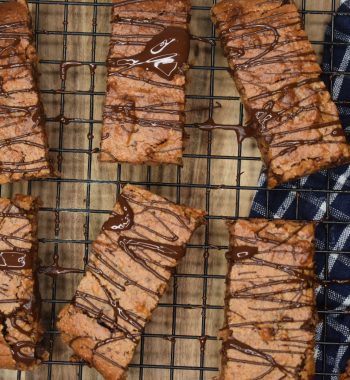